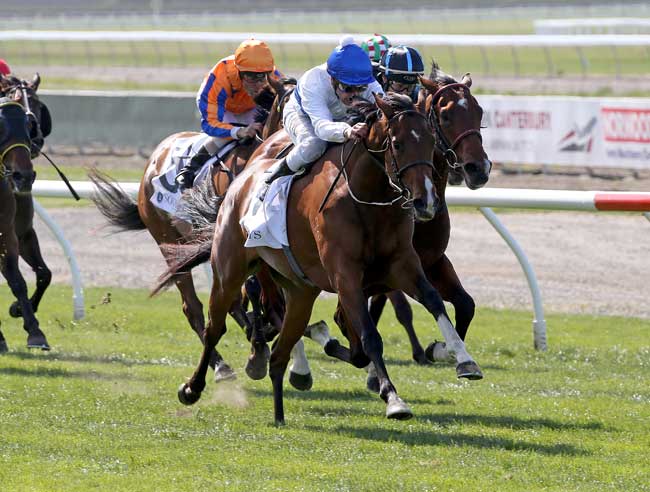 Written by admin in Uncategorized.

Risque, who won the New Zealand 1000 Guineas in the blue and white colours of Dick Karreman’s The Oaks Stud, has reportedly been purchased by Mark Pilkington Bloodstock on behalf of Darren Thomas’s Seymour Bloodstock. Her purchase price is believed to be close to $1 million. “We are really excited to have secured this high-class Group I-winning filly,” Pilkington said. “Darren is putting together a classy band of fillies and mares with other recent purchases from New Zealand including three-time Group I winner Viadana and Zurella, a multiple Group II winning daughter of Zabeel.” He added: “Risque will race in Darren’s colours that were prominent in the spring via the deeds of Keen Array and Extra Choice.”

The daughter of Darci Brahma is likely to be aimed at races such as the Gr1 Australian Oaks and Gr1 Vinery Stud Stakes during the Sydney autumn carnival. Risque’s record currently stands at 3 wins and 2 placings from 6 starts for NZ$233,725 earnings.